Who doesn’t love crunchy deep fried wontons? They are great as party food, snacks or as accompaniment to rice. In Malaysia deep fried wontons are also served with egg noodles, char siu (barbequed pork) and choy sum (asian green) dressed with dark and light soy sauce (a.k.a dry wonton noodle). With ready-made wonton wrappers easily available in the supermarket, making wonton is a breeze. Wonton filling mainly consists of mince pork, prawn, water chestnuts, spring onions, and seasonings. Cornflour and egg white are used to bind the ingredients together. To obtain a good wonton filling texture, do not add in too much mince meat and do not compact the meat like you do in making meatballs. You do not want a filling that’s too dense in this case. I like to put in a lot of roughly chopped water chestnuts and prawns to give the filling a crunchier texture. There are various wonton wrapping methods or techniques available on the internet depending on the wonton shapes. The wonton shape that I usually make resembles a hobo’s bindle which is simple, quick to make, and suitable for beginners. 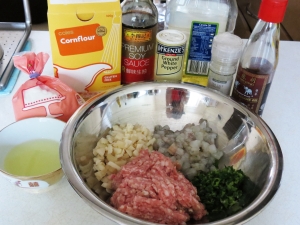 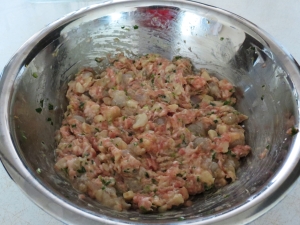 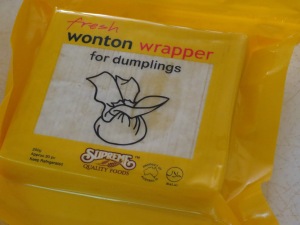 Unlike jiaozi wrappers which are white in color and thicker, wonton wrappers are egg-based, square-shaped and yellow in color.

Waiting to be deep fried. 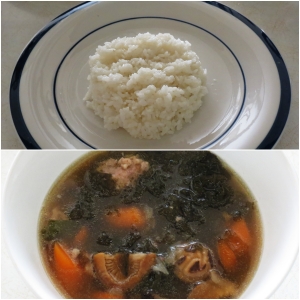 Tonight’s dinner: rice with crispy wontons and seaweed soup. What a satisfying meal! 😀

One thought on “Deep Fried Wontons”